Graphic Templates are pre-designed files, easy to modify and change in order to get professional look for your marketing, event promotion, or branding. There are thousands of websites with free and commercial templates, but only Scarab13 offers really professional, different, amazing graphic work that is so easy to use, that even people who are new in Photoshop can easily find their way around. Scarab13’s templates may look complex (and they actually are), but for an user, they are as easy as replacing an image, following simple instructions and retyping text lines. You even get download links to the fonts used!In most cases, images shown in previews are NOT included, because of the copyrights, but by importing your images in clearly marked placeholders, you will achieve the same look, and it will already be customized, and yours. It takes only seconds/minutes to modify Scarab13’s template files, because his files are nicely organized, clean and easy to work with. 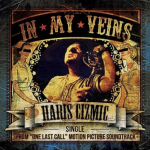